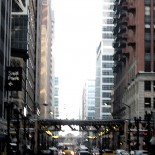 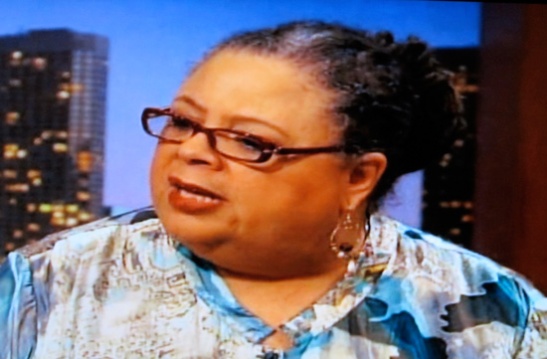 Like many Chicagoans, I have watched the Chicago Teachers Union strike with astonishment and incredulity.  And, may I add, with little sympathy for its grievances or aims.  Given the fiscal condition of the Chicago Public Schools and the city in general, the teachers’ decision to strike right now is quixotic and ill-timed.

On Sunday night, when the CTU announced its strike, its president Karen Lewis explained that the teachers could not be expected to teach until we solved the problem of poverty, addressed urban violence, and saw to it that more of the public schools had air-conditioning.  Until then, the teachers refused to be counted on to teach their students anything measurable!  It was amazing to hear their list of demands and to see the teachers behind their leader, earnestly nodding their heads.

Lewis pointed to the existence of an untoward environment to justify the union’s determination to protect ineffective teachers and to resist efforts to tie teachers’ pay to student performance.

It’s been forever since I’ve seen signs of a collective “can-do” attitude among Chicago teachers.  That’s why I have so little sympathy for them.  They are unhappy with everything.  Does their behavior have any parallel in the for-profit world?  Where else would you find workers demanding ultimate authority over the nature of the product or service they’ve been hired to provide?  Where else would you find workers refusing to be held to any measurable standard?  This is not something you’d expect to hear—even from many other public sector workers—not from firefighters or policemen, certainly.  Yet the teachers seem never to have heard of accountability.  Their stance is borne of decades of political coddling—which they believe they can count on now, in a tough election season.  For the sake of better educational outcomes, I hope that’s not true.

Meanwhile, the teachers seem not to grasp that harboring incompetence costs us money—money that’s needed urgently elsewhere in the city.  Would I rather see my tax dollars go to the income of one incompetent teacher, or to the income of a new beat cop so badly needed on our streets?  Why should any one—within the schools or without—tolerate even one mediocre teacher?  We need to be investing in the best for our neighborhoods and our kids.

Given the increasing competition that charter schools pose, it’s astonishing that the CTU has failed to respond to its predicament by promising higher teacher performance for the sake of our kids.  I want to support the public schools, and I don’t like charters—but charter schools are going to get another look, and benefit, from the obstreperous way public-school teachers are behaving now.

At a time when the CPS budget is already some $700 million in the red, the union’s demand that we improve the social environment in which teaching occurs is high-faluting indeed.  We would all like the environment and economy in which we work to be different.  The immediate challenge for the schools, however, is to operate within budget, and to provide the best education possible within the limits imposed.  The school board has already announced that this year it will spend on operations all the money it normally holds in reserve.  A reserve is an unaffordable luxury.  Meanwhile, taxpayers have been told that there will be a 3% property-tax increase to help fund the schools’ excessive spending.

Nonetheless, the teachers demand better treatment: try selling that to an unemployed homeowner, with an underwater mortgage, who must nonetheless pay a swollen property-tax bill to support a school system famous for mediocre results.

CTU representatives have strained to compare what’s going on in Chicago with the assault on workers’ rights in Wisconsin under Scott Walker.  The conflict in Chicago is more comparable to what happened with the UAW in Detroit, when, in 2008, the auto industry nearly tanked.  In that case, the UAW leadership negotiated as best it could, then successfully urged members to accept a tough deal.  It was not what they wanted, nor what many onlookers would have wanted for them.  But it was good for the reputation of the UAW and essential to a restructuring that enabled all involved to live to fight another day.  If only Karen Lewis could see it that way.

Even as I write, thousands of striking teachers are loudly parading under my windows, telling anyone who will listen that ‘Rahm’s gotta go.’  I’d need a lot more education to see it that way.